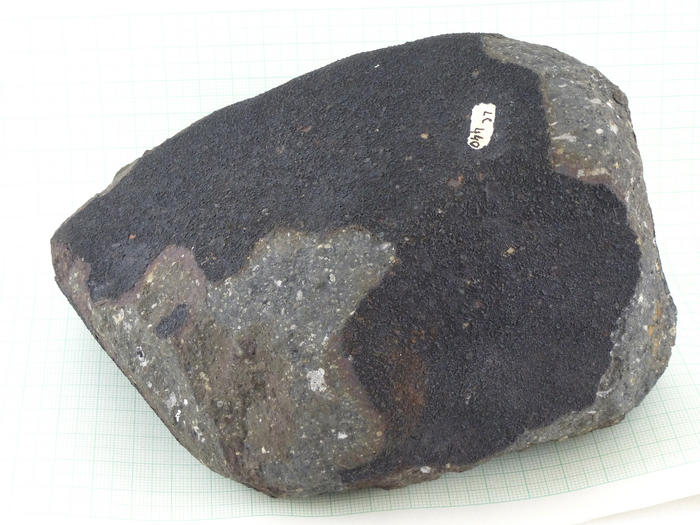 Carbonaceous chondrites comprise the most diverse class of chondritic meteorites. There are five major groups, derived from five separate asteroids, that appear to reflect processes that occurred in the solar nebula: CI, CR, CM, CO, CV-CK. Each group has a distinct set of chemical and textural properties, including the abundance of refractory lithophile elements (chemical property), and a narrow range of chondrule sizes (physical property).

One of the principal components in all chondritic meteorites except CI chondrites are chondrules, typically sub-millimeter-size igneous spherules, that formed as molten or semi-molten silicate-rich droplets in the solar nebula. Shelf 2 contains some chondrules mechanically separated from the Bjurböle, an L/LL4 ordinary chondrite [fell in Finland in 1899].

Large ordinary-chondrite whole rocks are on the bottom shelf. These include al-Jimshan (H4) [found in Saudi Arabia in 1955] and Sappa (L6) [found in Kansas in 1983]. The Sappa stone retains some regions of black fusion crust.